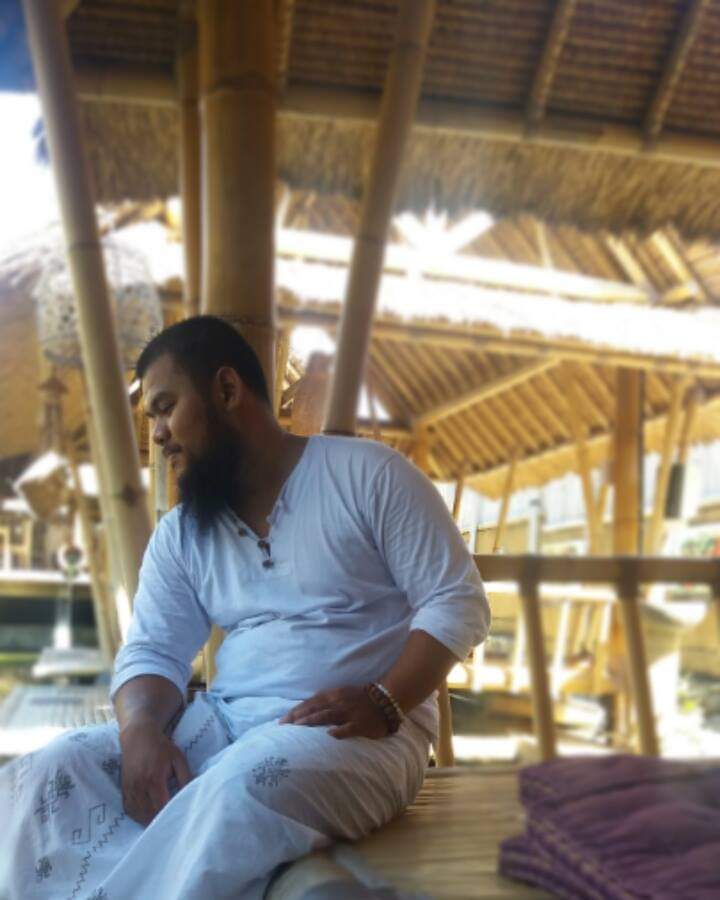 If someone recharges a cellphone battery that runs out on a power outlet (socket) that has an electric voltage then the empty battery will be fully charged; similarly, if you practice the right method of meditation, then the infinite God’s energy infiltrates and penetrates yourself so that all wasted spiritual energy will be replenished or recharged. You will be glowing radiance again and be ready to live your life in a better direction. (Meditation ~ GAD)

Like someone who realizes that the electric light in his house has broken and he goes to an electrical shop to buy a new lamp so that at the night time his house is not in darkness, similarly a truth seeker who realizes that he is still in the delusion or ignorance, and enlightenment must be attained before death comes, then he goes to the corners of the world to look for a True Master who is still alive. discovering a Master is the same as discovering the Light that is still burning. (Wisdom ~ GAD)

To stop a vehicle’s wheels you have to step on the wheel brakes to stop, so too to stop the samsara, the cycle of death and rebirth that keep spinning you have to stop karmic forms. Past karma and future karma must be merged, What remains is only the present karma to live. This method is the best method taught and lectured by the True Masters to be liberated in a lifetime. (Wisdom ~ GAD)

As a TV presenter, he could be seen by millions of people if he gets connected to its frequency. Satguru is one, but because He has the Super Fast Light Frequency, millions of people can connect with him if that person believes and trusts Him. (Wisdom ~ GAD)

Like a boat rower who wants to cross the island to the other side, he will keep rowing the boat. Sometimes the water is still, sometimes is choppy or stormy but he keeps rowing so that he reaches the destination safely and on time. Similarly, as a spiritual practitioner in this samsaric world, if you encounter and undergo enjoy and sorrow, rich or poor, healthy or sick which are the nature of the ever-changing world so keep doing meditation every day to achieve liberation from the cycle of birth and death “(Meditation ~ GAD)

In a basket filled with dirty and half-dirty clothes and then everything is put in the washing machine to be washed. Likewise when you take a meditation retreat for several days, are your vibrations very harsh or not, or your bad karmas are heavy or light, all will be cleansed by the supreme God’s Vibration, so students will shine again. so if you have a myriad of problems, immediately take participation in meditation retreat “(Meditation ~ GAD)

Like someone who can turn off the light switch so the room could become bright and dark, so that’s the truth holy or not, enlightenment or ignorance depends on you because this is your very home, your very own room – YOUR VERY TRUE SELF “(Wisdom ~ GAD)

If you fall into the pool and the body increasingly moves to and fro then you will be drowned, but conversely, if you are calm the body will float on its own. Thus in the way of practicing meditation. Calm yourself down by putting down everything both the desire for the experience or worldly problems. The more desires that you pursue and do not want to renounce or remove them then only cause tiredness and increasingly drawn deep into the mind. (Meditation~GAD)