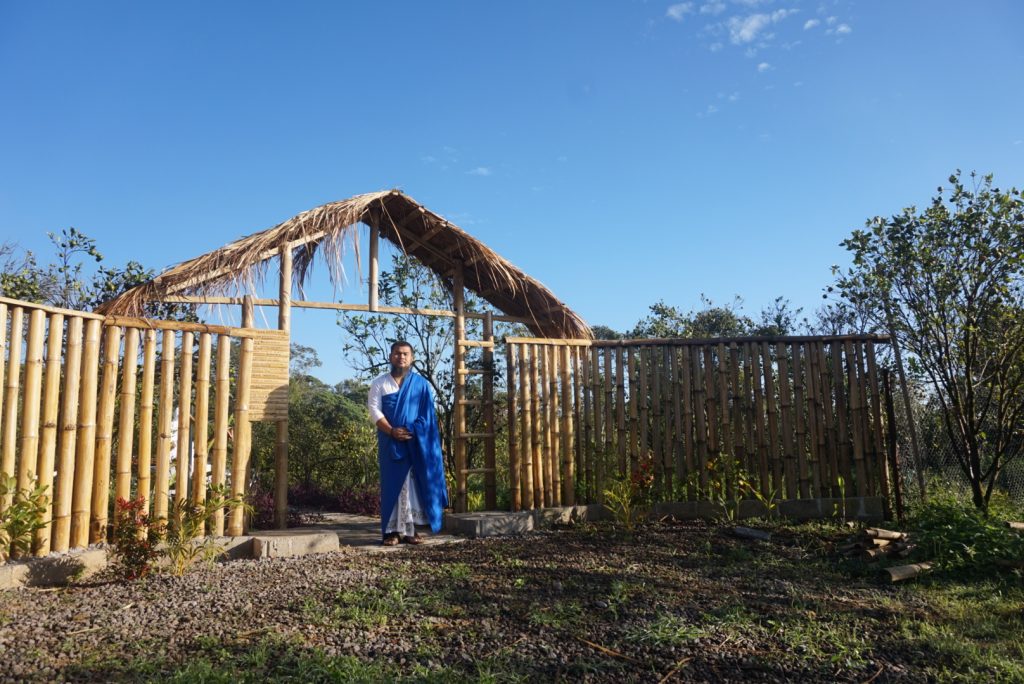 There are holy realms that have no more suffering. If you can get there then one doesn’t need to reincarnate or return to this world and one is liberated. This is the goal spiritual practitioners can achieve while alive and after death with the help of a Perfect living spiritual Master. The Master always shields His children suitably. The Master holds the disciple through thick and thin. The Master will guard a disciple until he reaches his destination safely.

1. Question: In meditation, Master puts me in a holy bottle and takes me passing through countless spiritual realms. Master takes me to a Buddhist land which is inhabited by millions of Buddhas who emit golden light. Thank you for this wonderful experience.

Guru Adi Dharma: The Buddha realm is very far away. To get there we have to pass through many infinite spiritual realms. You are taking a wonderful astral journey because very few can go there. In the scriptures, it has been explained that there are many Buddhist realms in ten directions of this universe. The majestic realms that are beyond words. There are eastern Buddhist realm, western Buddhist realm, and many more. So through deep meditation, you have proven what the Buddha has said. In these three worlds (Triloka) are full of suffering where all beings have to be reborn according to their karma. So in the three worlds are very unsafe because at any time we can come back down to the world.
It is very dangerous, if already has come down to earth then you start creating new karma again, whether through word, thought, or deed. So it’s like creating a link again. There are the realms of hell, animals, demons, giants, humans, and Brahma, etc. Just circling or going back and forth in this region is very tiring. We have to hurry to use the time while being born as a human. Hurry up and strengthen the resolve to get out of the Three worlds. Hurry to cross immediately to the land of Buddha or other holy realms. What you have achieved now is what you will have after death. If you are living devoid of consciousness, devoid of right thought, not doing moral practice then you will definitely fall into a miserable realm, but on the other hand, if you cultivate yourself properly, keep the precepts and meditate diligently and develop wisdom to attain enlightenment-liberation from this realm of samsara then after death you will be born on high spiritual planets.

2. Questions:  While sitting in meditation and when my mind started to become still and concentrated then suddenly in the darkness a golden light appeared that was rotating like a tunnel. Then I was pulled into the passage and I arrived at the Buddha’s land. I saw many handsome men and women wearing white clothes sitting in meditation and a few more serving Master bringing something. The Master in the form of a Buddha emitting golden light sits on a large lotus.

Guru Adi Dharma:  There is a Satguru who comes to the world only to cross over miserable beings to the holy realms and there is a Satguru who comes into the world to cross over and bring miserable beings to Her abode. There are many Buddhist realms in this universe such as the eastern heaven, the western heaven, the southern heaven, etc. So if disciples have not finished studying yet in the world then after he dies, Master will take him to the realm of the Guru. There he will learn again to perfect himself. I think it’s fun for disciples …

Just as building a large house and a large land for a free school is very expensive, so it takes a lot of spiritual merits and noble vows to create a spiritual realm like the story of Amitabha Buddha. While on the Bodhisattva path, he took many noble vows, and after becoming a Buddha his Pledge was realized, which was to create a place full of blissfulness. The place where there is no more birth and death which is called the Sukhavati heaven.

3. Question: Guruji,  here is my experience during meditation a few days ago. I saw a red light and I arrived at a place where the sun was about to set. The light was dim, the atmosphere was hot and scary. Master accompanied me and gave me a sign to follow HIm. Then I walked deeper and saw many men and women in chains. There were several guards who dragged them. One by one they were thrown into the hot water dome. The screams for help continued without stopping. Then Master took me back to the world. After experiencing and seeing directly into the realm of hell, then I believe what the scriptures said is true. Those who create a huge amount of bad karma will be reborn in hell and suffer terrible torments ….

Guru Adi Dharma : Yes, that’s true. You have gone to hell. Some of the earlier disciples also shared their experiences of going to hell and Master was always with them. The Master must protect and shield the disciples during the astral journey. Hell is a very bad place because it is filled with suffering energy. This energy is very heavy and hot. You can’t stay or linger over in the hell realm for long, just for a while layover.

The creatures of hell are punished by being boiled in a crater filled with hot water because in their past lives as humans liked to eat seafood animals. These animals were boiled alive and made into food. So you realize, Master strictly forbids disciples to eat meat because meat is obtained from killing. This killing creates huge bad karma. So all Satguru or Masters of Truth from time to time have forbidden people to eat meat.