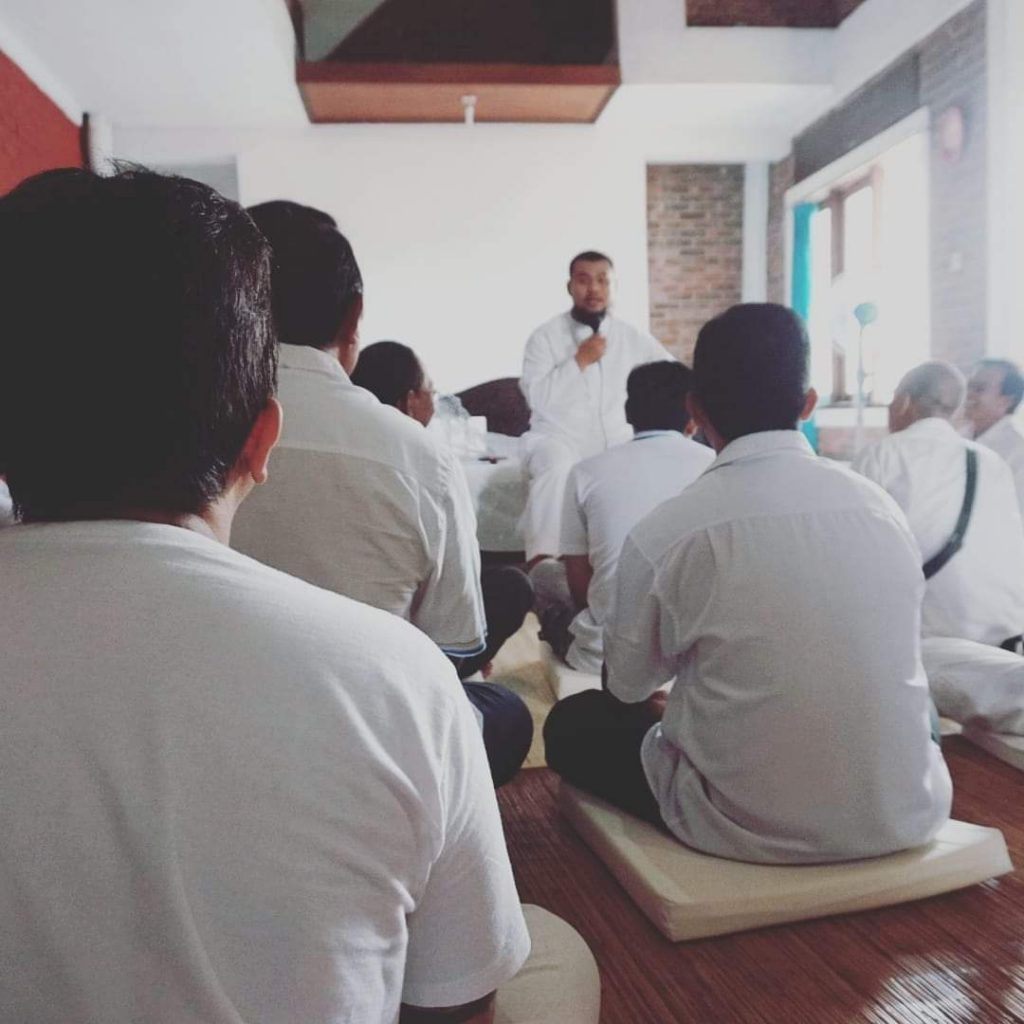 Initiation is the process of a perfect living Master (Satguru) transmitting Dharma by connecting the disciples to the true essence, namely, the light and sound principle that reside within.