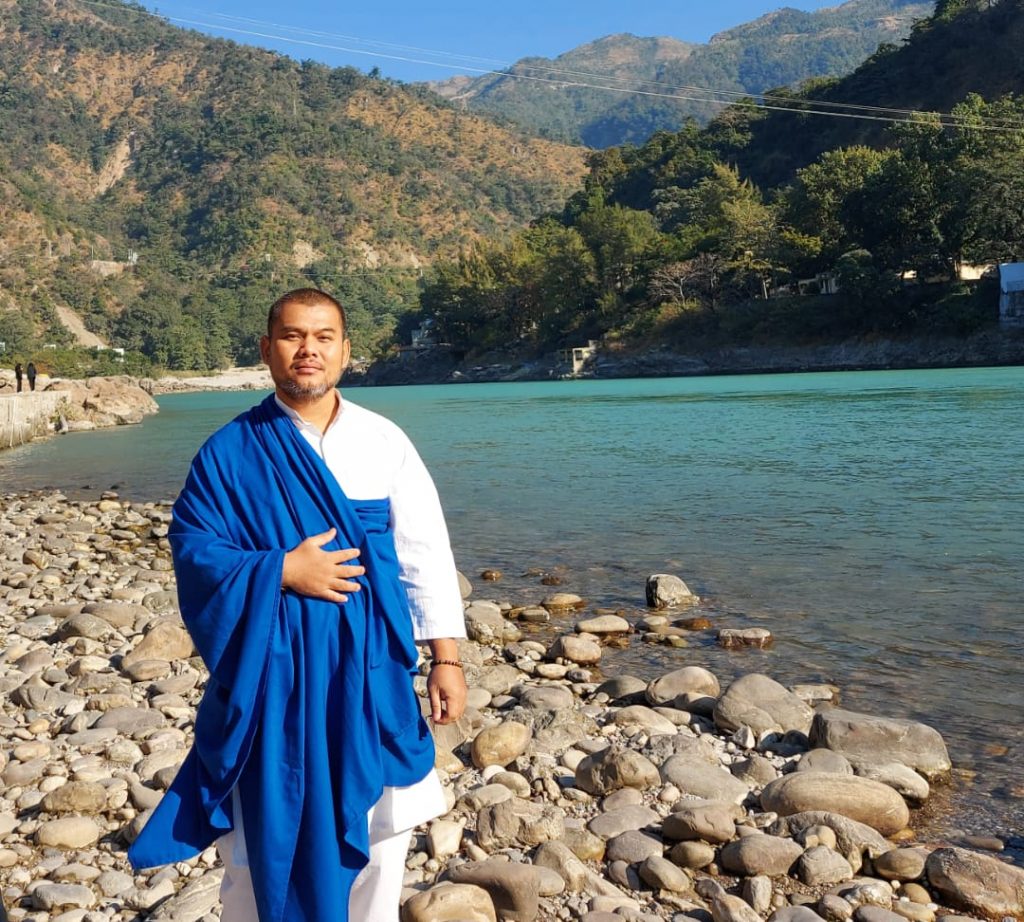 When your merits is sufficient, gods and great beings will come to you to either bless or teach you the Dharma. Many stories of gods or holy beings are written in the sacred scriptures of Hinduism and Buddhism.

On his last days before returning to Bali – Indonesia, Master Adi Dharma made time to see the Divine Mother Ganga in the nick of His time for his return is unknown.

Many devotees performed Gangga’s aarti at sunset because Hindus believe it is an auspicous time. The devotees will chant and sing in praise of Mother Ganga while releasing the flowers and small lamps in the Ganga waters to mark their respect and seek her blessings. Many yogis pass by and some meditate facing the flow of the Ganges.

After hugging Master Adi Dharma, the yogi slapped his back. Master Adi Dharma was taken aback as the cool breeze sipped into his body trembling every inch of it. He silenced his surprise for he knew the yogi was nonetheless the Lord Himself, The Great Lord Shiva, who embodied Himself to meet him in his meditation session and foretold him of his encounter with the One and Only True Lord upon reaching the Himalaya top. The Ultimate kept true to His words. He embodied as a yogi to meet Master Adi Dharma to rain upon him his blessings and garland him. Rudraks which are believed to be tears of the Great Lord Siva Selfless dripping onto the earth.

Master Adi Dharma was honored for Lord Shiva, an Adi Yogi, a manifest of The Great Selfless, came to pay him a visit. The Yogi laughed out loud and proclaimed that “Master Adi Dharma would find his name travel near and far of his journey is heard in all directions.” Spread the Dharma wisdom for the benefits of human kind. Master Adi Dharma prostrated and praised the Lord wholeheartedly for His blessings for it is absolutely a rare occasion for The Rudraks to embody into a yogi and meet a lay being. In the Hindu Puranas, it is found that The Supreme Lord embodied into a yogi to meet Mother Parwati who was in the state of self-founding.

Found in a trash a diamond or gem always shines. As such is a inner diamond which illuminates the darkness of human heart. Through darkness light arises. No matter how one keeps this spiritual shine in his heart and even hides it the gods always endeavor to make sure the spiritual rays reach those.